Working with a core rehabilitation specialist or physical therapist is crucial if you want to fully regain your core function and strength after having a baby so you can make a safe return to fitness. However, what about that woman living in a small town that lacks such an amazing resource? 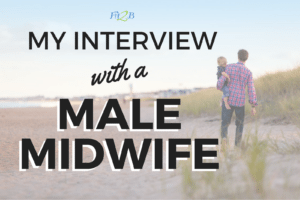 Jacob Mearse is a midwife and father of seven living in an American military town of 8,000 who has begun raising the standard of care for women after watching his wife struggle to recover.

It’s all fine and dandy to call for every woman to get physical therapy and rehab after birth, but when there are NONE around, then what?

Jacob calls himself “dual-hatted” as a certified nurse midwife and psychiatric nurse practitioner serving in the Navy. He primarily works in psychiatry but will be catching babies in a hospital once he retires from the military soon. He and his wife, April, discovered Fit2B when April became a member. We connected with Jacob when he started chiming in with his expert advice in the Fit2B private member forum, and I’m so delighted I had the chance to pick his brain in this interview!

Here are some of the many questions I asked this male midwife:

Please note that I’m just pulling my favorite quotes so you can get the gist of exactly why this interview was so amazing. If you want to watch the video and skip to the good stuff, Jacob says some interesting things about pelvic exams at the 14-minute mark. At the 17:45-minute mark, he talks about his personal experiences in a town of 8,000 within a county of 20,000 where he is the only psychiatric provider.

How do you see core strength playing a role in pregnancy and birth?

“People might be surprised, but we were really taught next to nothing about the importance of core strength and fitness. This  may be the most athletic thing a woman will ever do in her lifetime, and even as obstetric providers, as midwives, we don’t really learn much about how to prepare women to do this.” Jacob went on to encourage midwives to do more research like he did, so they can offer more comprehensive exams and even provide some basic restorative exercise programming in rural areas where that type of care may not exist outside their clinics.

A lot of women buy into the myth that they’re just going to fall apart after having kids. How have you seen that belief impact your wife and your clients?

“A lot of the pressure society puts on women to just accept discomfort, to just accept injuries as just normal, as just part of being a mom and ‘just live with it’… This is what our society has taught women for generations: that things like urinary incontinence and back pain are normal. Let me say this as clearly as I can for people watching this later: It is not normal to pee your pants when you sneeze. There’s nothing about that that’s ever normal.”

“If you blew your knee out and said, ‘well I don’t really want to go to physical therapy. I’m sure it’ll heal up just fine on its own, people would say you’re crazy. If you have surgery, then the next step is physical therapy. Everybody knows that, and yet somehow, when we’re talking about the pelvic floor, we assume that nobody is going to need physical therapy to rehab all of that. I mean it’s an incredibly intricate structure of muscular and connective tissue there, and you really need an expert to rehab that.”

What would you say to a woman who has been mistreated or told she shouldn’t have more kids, or maybe she falls into the cracks of good women’s healthcare?

“I really think if women understood that they have a right to feel okay after having a baby, they would seek help more often from people like you and me.” Jacob boldly provides his stance on women who are told they can’t have more kids because of a weak core at the 42:53-minute mark in the video. That alone is worth a watch! 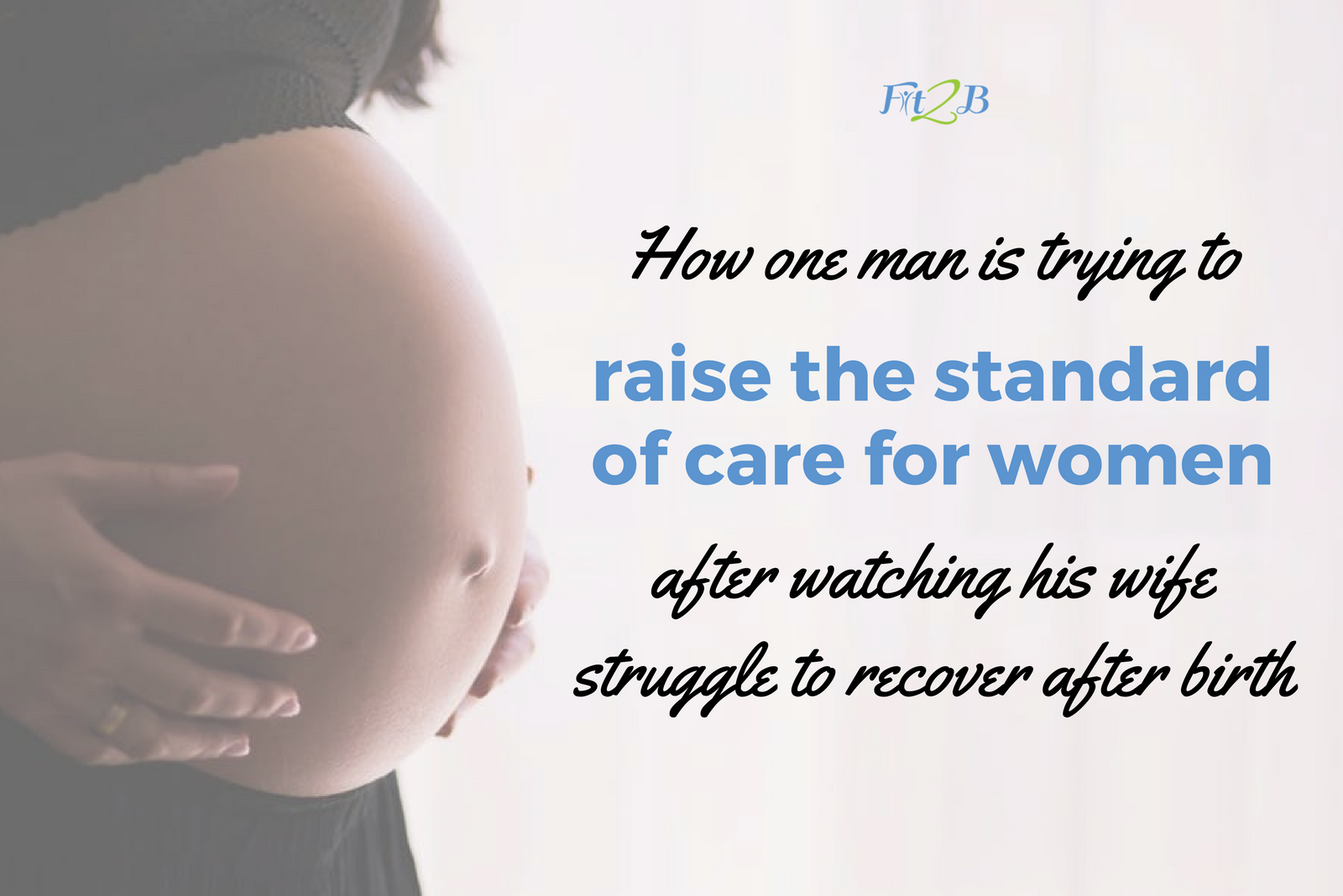 How would you feel as a husband if you found out your wife was dealing with this but hasn’t said anything because she was afraid that you would say no to her getting it taken care of?

“I would be amazed — and not in a good way — if I found out my wife was really struggling with something, and I had no idea.”

“I really think that if you put the shoe on the other foot, if men were delivering babies out of their own bodies, you know, I’d be beating down the door of whoever was going to fix this right now!”

What would you say Fit2B’s role is in all this?

“Fit2B provides expert guidance with exercises to that have been a lifesaver for my wife. It’s been amazing for her to find somebody who knows what exercises to do. They’re actually doable for normal people. They’re not intimidating.”

If you haven’t already done so, you’ll definitely want to watch and listen to what Jacob says at the 48:15-minute mark where I asked him, “What can you say to guys out there? What are some signs and clues for guys to look for and how can a guy talk to the woman he loves when he suspects she is injured.” His answer to my question is so beautiful, and I hope many take it to heart.

3 thoughts on “My Interview with a Male Midwife”