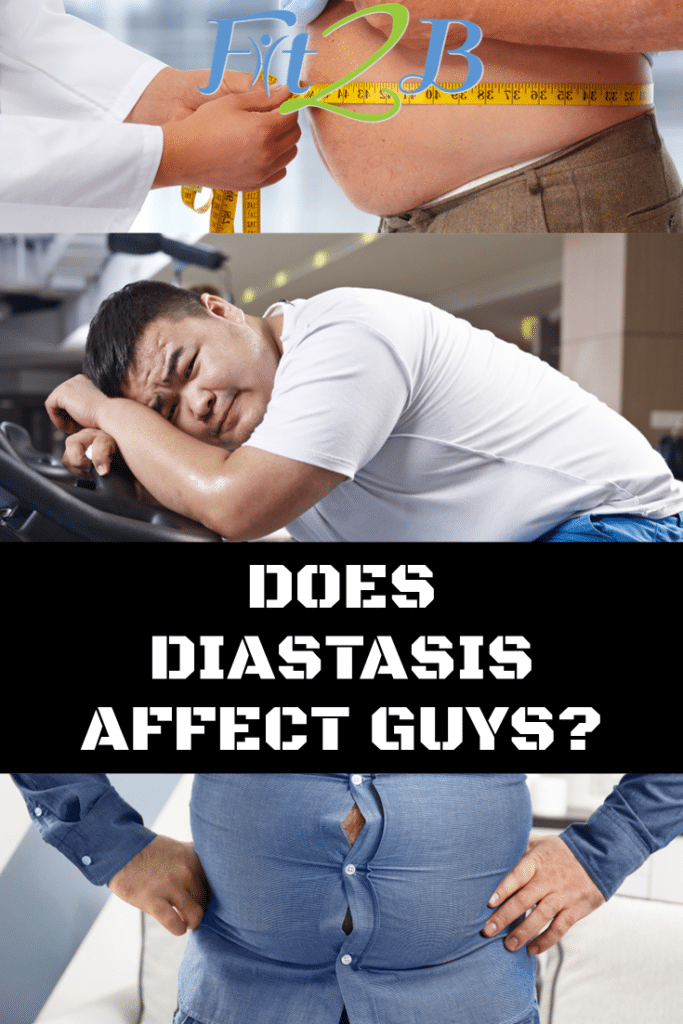 Hey guys! If you think that just because you’ve  never been pregnant you can’t have a diastasis, then I’d like to respectfully point out all the gentlemen walking around with “beer guts” and “pot-bellies.” Most of the physical therapists I know who specialize in diastasis recti report seeing men with ab separation that’s just as bad as women who’ve had babies, if not worse!

Because diastasis rectus abdominus is caused by pressure, not just pregnancy. men get it too. Haven’t you seen those guys whose arms and legs and butts look pretty good, but their guts…!!! They have a “beer belly” even though they don’t drink beer. They appear to have a bunch of intra-abdominal fat around their organs, or they are “apple” shaped, even though they have low-cholesterol, eat a healthy diet, and exercise every day. Their abs make weird shapes when they do situps at the gym.

Why? I believe it’s because their connective tissue is in the same state as pregnant women, though for different reasons.

Watch this video about men with diastasis to learn more

You might be six weeks away from a stronger, flatter set of abdominals just by ditching your current ab workout routine and/or going through some basic rehab. While Fit2B is mostly geared toward the ladies, the guys who go through my workouts report amazing progress and would be stoked to try the following routines {that aren’t so girly} on this home fitness website right here:

But that’s scratching the surface of the ~200 routines that Fit2B provides for women AND MEN who are looking to tone their tummies in the most safe and effective way right in the privacy and comfort of their homes.

7 thoughts on “Does Diastasis Affect Guys?”