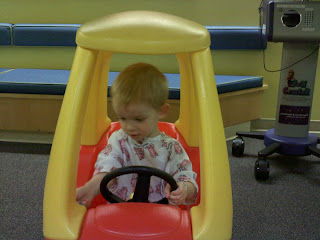 My son inspired that little rant because he had surgery yesterday, and today he’s running around the house. He’s not resting. He’s not whining. True, he’s rather high on several pain-killers, but he’s two and didn’t get the memo about slowing down to heal.

I thought something was wrong so I called the doctor to find out if his hyperactivity might be related to the drugs he’s on (tylenol with codeine, don’t freak out on me), but Doc said that it’s great to hear him running and yelling in the background. It’s not great for my sanity since I’ve been trying to get him to sit still all day, to no avail.

“That’s why kids bounce back so fast. Because they get up and move. Maybe he’ll sleep good for you tonight?” I sure hope so, Doc.

4 thoughts on “Move to Move”