I made a special trip to New York to learn about new treatments from top women’s health experts at the WIWH LIVE event, not knowing I’d learn something about my daughter that would shake me to my own core. I learned that the age she is right now puts her at the highest risk for injuries and depression down the road if I miss some key signs.

Admittedly, the ones who drew me to NYC included Jenny Burrell, Jessica Drummond, Michelle Lyons, and Dr. Aviva Romm because my focus here on Fit2B is helping women reclaim their cores and protect or even narrow their healing diastasis recti after having babies. 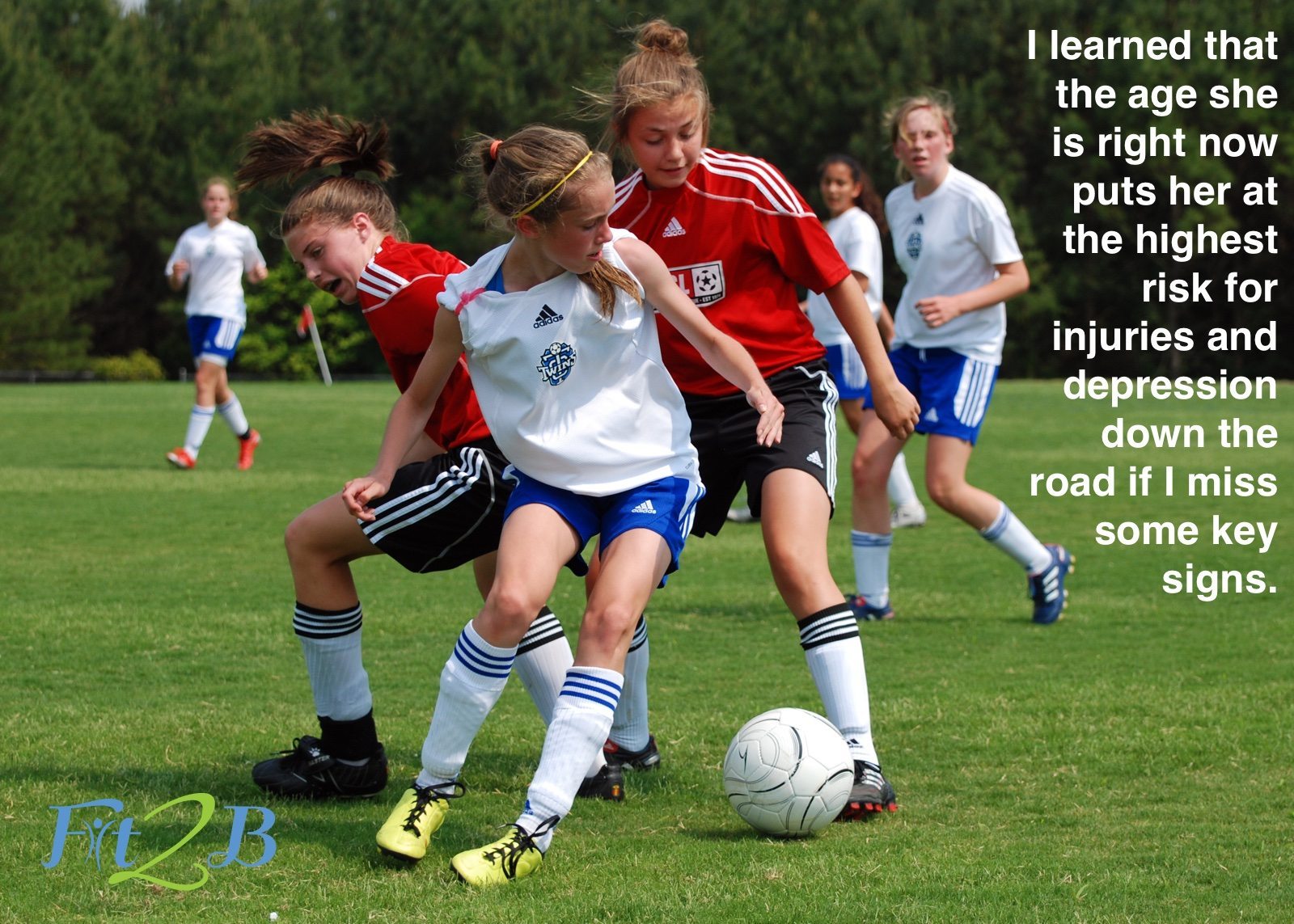 I geek out on polite dinner table topics like prolapse, hernia, diastasis recti, hormones, episiotomy, hysterectomy, and other things that used to make my mama blush. She’s used to it now.

However, the person who unexpectedly got my full attention was Dr. Julie Granger of Prism Wellness. She’s a high level swimmer, Pilates teacher, author of The Female Athlete’s Playbook, and physical therapist who specializes in injury treatment and prevention among young female athletes.

Dr. Julie stood up and presented evidence on how girls grow the fastest (peak height velocity) between ages 11 and 12. My daughter had just turned 11 and grown 4 inches in the past 9 months…

Dr. Julie discussed her history as a swimmer and how she specialized at age 8 and did nothing else, and that set her up for some serious issues in her late teens and early twenties. My daughter is a swimmer…

The thing Dr. Julie said that hit me the hardest, though, was how so many young female athletes who just do one sport STOP THEIR SPORT when they enter menarche (a.ka. Get their periods).

They hit puberty, their bodies change, they start menstruating, and perhaps they take birth control to enable them to compete off-cycle. They learn how to push through pain and other pelvic floor issues to keep their coaches and parents happy and “not let anyone down,” but they don’t know who to talk to when something isn’t feeling right.

They’re told it’s normal to leak urine when exercising hard, normal to have such severe cramps they can’t compete, normal to go without their period when they’re “skinny enough to make it.”

But what happens when they get injured and have to leave the team to recover?

What happens when they “lose interest” in their sport, but later admit they quit because they were embarrassed about leaking or bleeding at the wrong time? 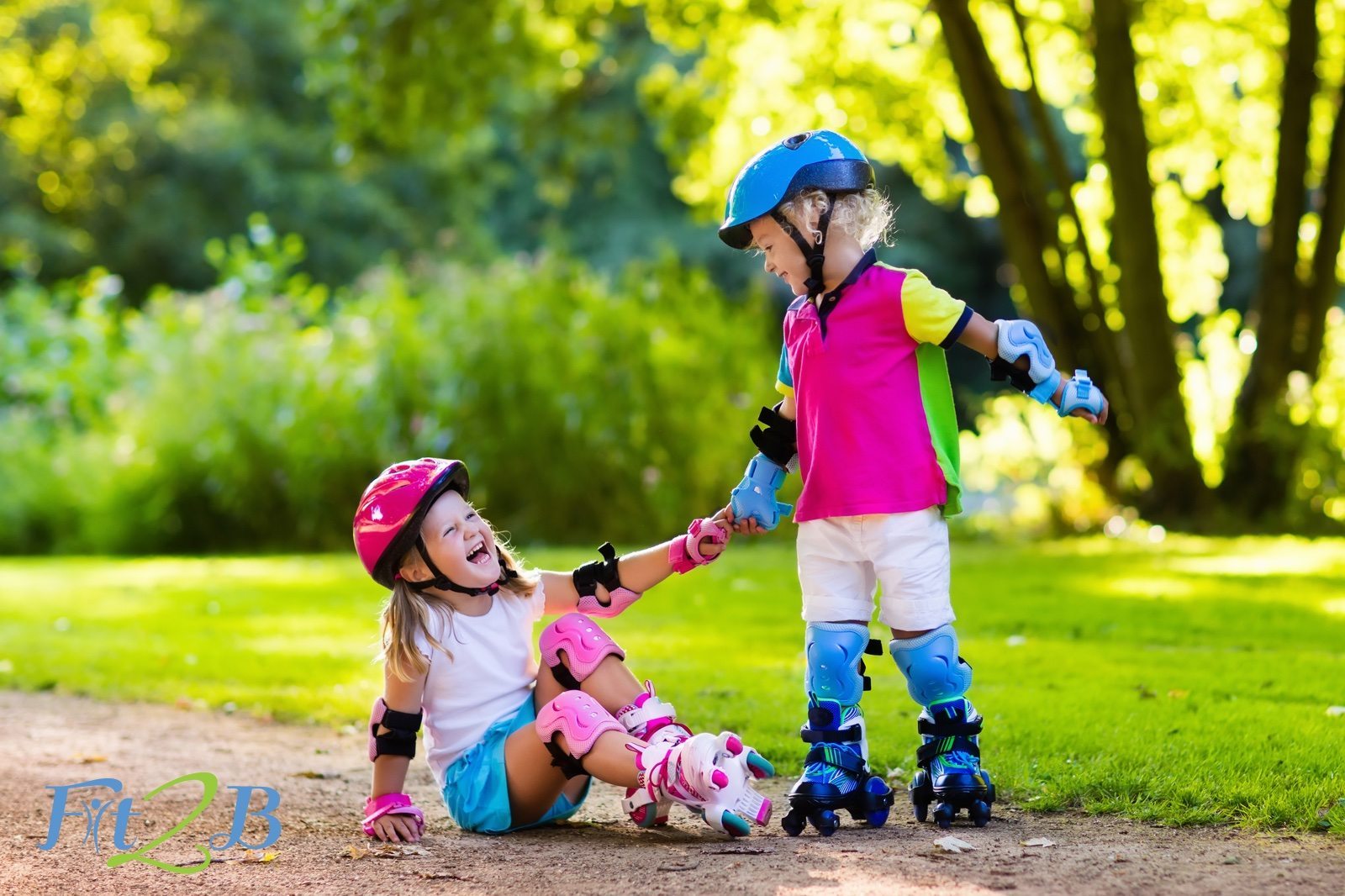 Now they’re friendless because all their friends were on their team.

They’re not exercising much because they can’t do a different sport because when everyone is so good at one thing, no one can jump into something new at age 12 or 13 anymore.

They’re also possibly still on hormonal birth control which, incidentally, most of the diverse group of women’s health pros at the NYC event agreed is NOT good for women as it causes far too many health issues later in life.

Friends, I did four things with this information:

Here is replay of the live chat I did with Dr. Julie. My children knew I’d be talking about kids so I let them hangout while we did the call, and {oh help me} how they had a hay-day during the call.

In short, young girls around ages 11-12 are growing rapidly and maturing in amazing ways. It’s a super CRUCIAL time to keep an eye on them if they’re in sports. Their bodies need diversity of movement, high level nutrition, and lots of rest.

If you have a young female athlete in your home, you need “The Young Female Athlete’s Playbook” by Dr. Julie Granger, and you can see it and her other products here.

Receive 20% off one order when you use the coupon code: GIRL20

I’m also very PROUD and EXCITED that Dr. Julie has contributed an excellent video lesson and mini-quiz to our Fit2B Girls ecourse. If you’re raising a girl, and you’ve been hunting for body education that isn’t about birth control and boys, but more about instilling knowledge and joy about our bodies, our cycles, and how we work, check out our Fit2B Girls eCourse.

4 thoughts on “If You’re Raising a Young Female Athlete, You Need to Know This!”