According to Henry Gray of the famous Gray’s Anatomy, your rectus abs (six-pack) are divided into sections and join the other three abdominal muscle layers via the “connective tissue” of the linea alba. Your rectus abs are actually encased by your external obliques and internal obliques, and the transverse abdominus is your deepest abdominal muscle, spanning around your whole middle.

What is diastasis recti?

The full term is diastasis rectus abdominis, and it speaks to a separation between the two sides of your abdominal wall that is wider than normal. A diastasis occurs when the connective tissue running down your mid line (the linea alba) of your so-called six-pack gets pressured or pulled to the point where it loses its ability to hold your abs together properly. Diastasis can occur in anyone, at any age.

“The linea alba is a tendinous raphé in the middle line of the abdomen, stretching between the xiphoid process and the symphysis pubis. It is placed between the medial borders of the Recti, and is formed by the blending of the aponeuroses of the Obliqui and Transversi. It is narrow below, corresponding to the linear interval existing between the Recti; but broader above, where these muscles diverge from one another.” —Henry Gray (1825–1861).  Anatomy of the Human Body.  1918.

CHeck your abs for diastasis recti

It’s important to know if you are dealing with an abnormally wide separation in your abs so you can address it and exercise with suitable strategies. You can have strong abs and still have diastasis. You can have zero diastasis and be living with a weak core. Let us help you sort it.

When I first certified as a group fitness instructor back in 1997, information about diastasis recti — how to check for it, how to prevent it, how to treat it — was very scarce. While getting my degree in Exercise & Sport Science, I was once again taught how to check it by doing a crunch and then feeling for a split down the middle at the top of the crunch. Years later, my own abs proved how that crunch test method can yield false negatives, making people think they don’t have a problem when they do. I knew to check my own abs after two babies, but using the crunch test method led me to think i didn’t have an ab gap … except I did.

I DID have a major diastasis, and I was peeing my pants (shh, we’re not supposed to talk about that as women; we’re just supposed to suffer silently and deal with it) so that incorrect method concerns me. The abs do indeed pull together briefly during a crunch, and this has many doctors, physical therapists, personal trainers, and group fitness instructors MISSING and MIS-DIAGNOSING this symptom of core dysfunction. We don’t exist in a constant crunch, so we must check for it in other ways.

We have researched diastasis recti

Through 2019-2021, we conducted two online surveys in partnership with Grainne Donnelly (BscHons Pg Cert HCPC MCSP) who is an Advanced Physiotherapist and Team Lead for pelvic health physiotherapy in the National Health. We received thousands of responses.

Trainers need to check every client for core trauma BEFORE they train them, because if a client has diastasis, it alters EVERYTHING about the way they should be trained…

Training cores with diastasis has to go beyond transverse squeezes, basic ab work, splinting the abs, and avoiding crunches & planks. In fact, some may need none of that or all of it.

My Aerobics &Fitness Association of America textbook taught me: If a diastasis is present, I should have my clients splint their abs with their hands or a towel during crunches, and just advise the client to “pull in” when doing planks.

That’s not enough. and those two things may not even work for everyone, but I didn’t know that until I’d sacrificed my own abs to those misconceptions and was trying to recover from three pregnancies (1 miscarriage + 2 live births) and did my own research and sought rehab beyond the mainstream fitness industry via The Tummy Team.

Our own research taught us a lot

Here is an über short synopsis of a few things we learned from our first survey.

Here are some things we know from the research of others 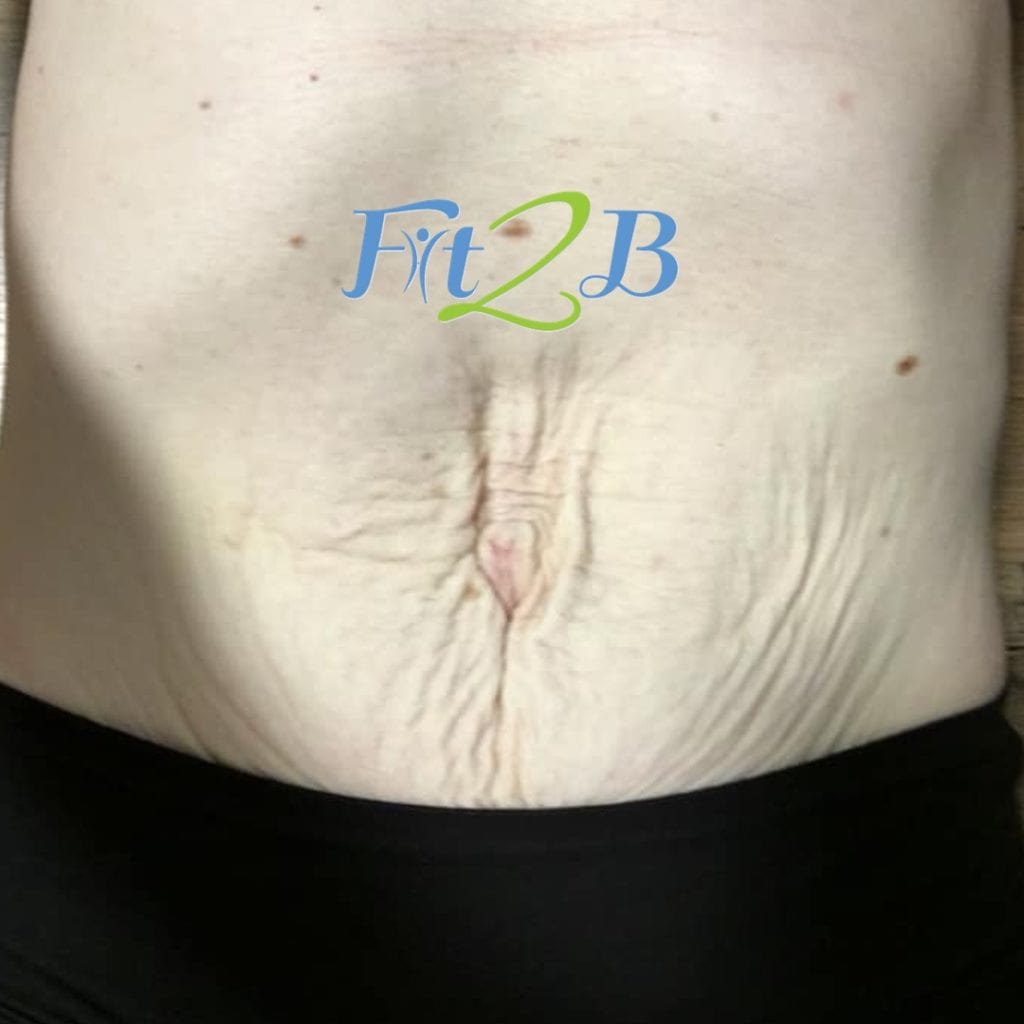 It Does Not Disappear

According to a research article entitled “Incidence of diastasis recti abdominus during the childbearing year” published in a July 1988 issue of Physical Therapy, “Diastasis recti abdominis was observed initially in the women in the second-trimester group. Its incidence peaked in the third-trimester group; remained high in the women in the immediate postpartum group; and declined, but did not disappear, in the later postpartum group.” 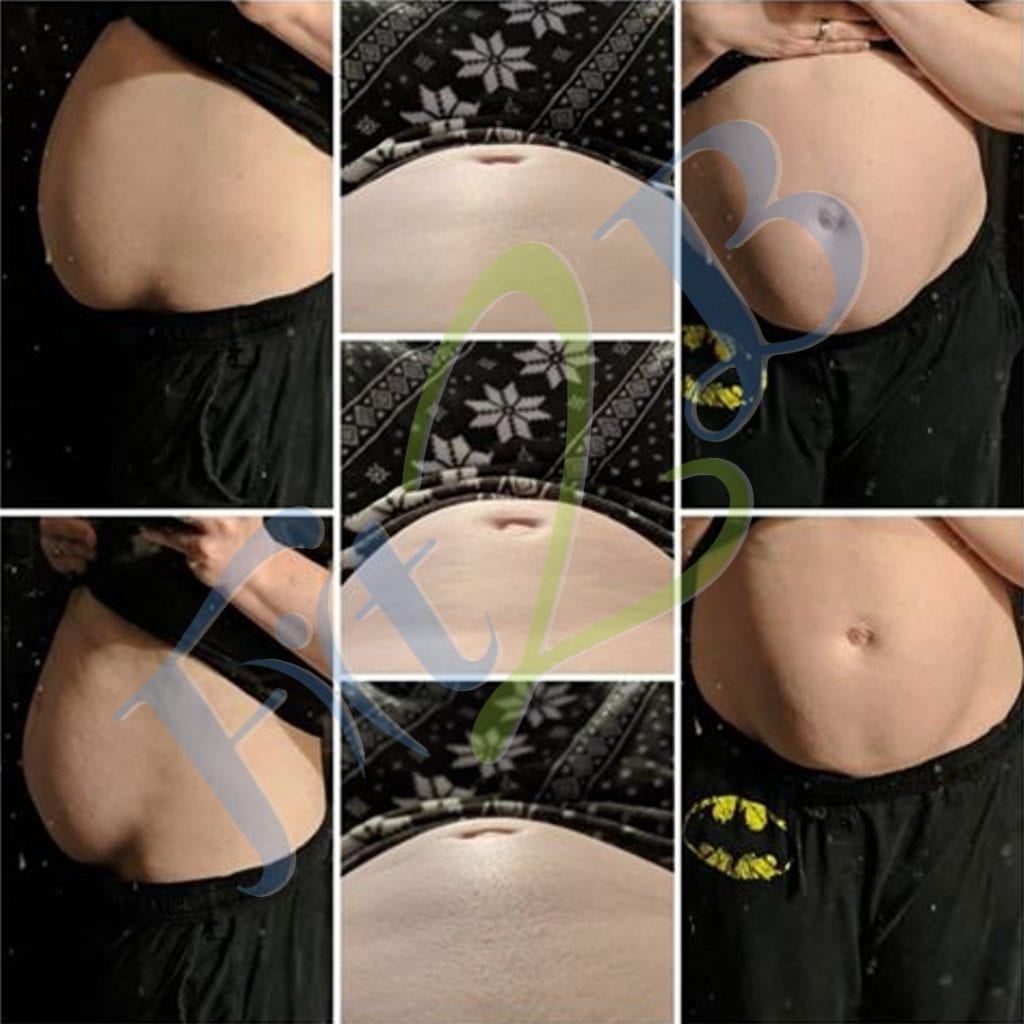 There was a relationship between the presence of diastasis and stress urinary incontinence, fecal incontinence, and pelvic organ prolapse reported in this 2007 study by Spitznagle, et al.

It’s Not Linked to Leaking

After just one baby, in the first year postpartum, no significant difference was found in prevalence of urinary incontinence in women with and without diastasis at 6 weeks, 6 months, and 12 months postpartum in this 2017 study by Bo, et al.

“Widening of the linea alba and separation of the recti, known as diastasis rectus abominis (DRA), may prevent restoration of both the appearance and the function of the trunk.” —Diane Lee, PT, New Perspectives on DRA 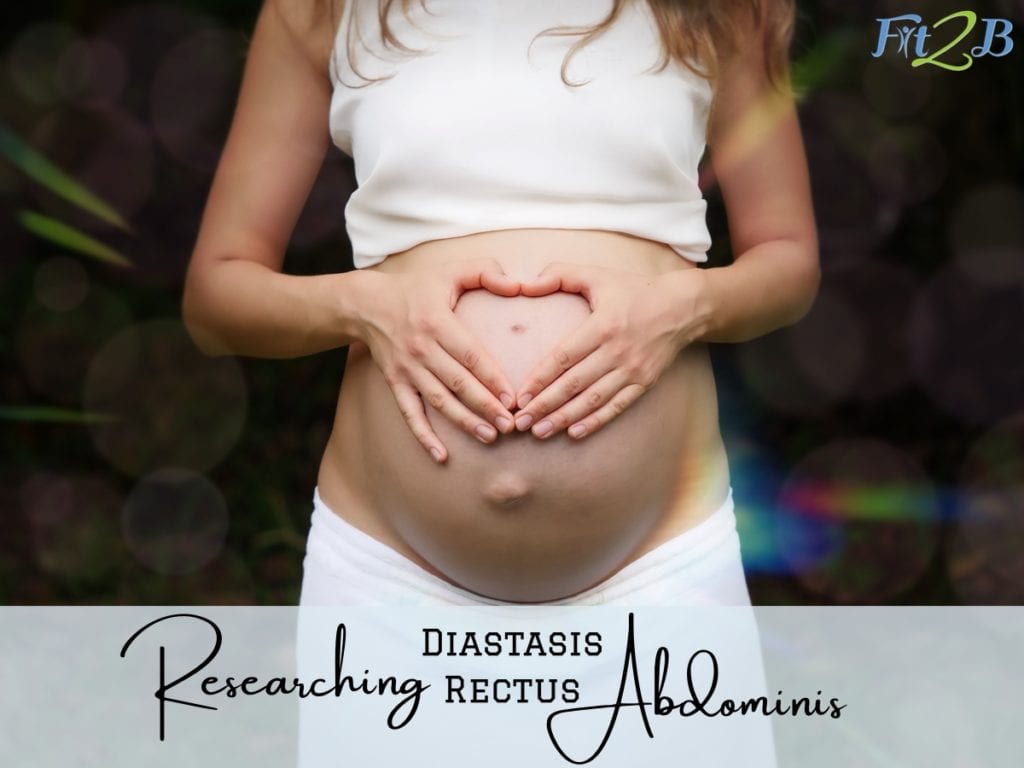 The image of the pregnant belly shows a bulging hernia which is different than diastasis yet related. You can have DRA without a hernia, but hernias often occur within diastasis due to the thinned, stretched connective tissue. Compare it to a worn-out shirt you can see through versus that same shirt getting a hole in the thinnest spot.

Learn more about diastasis and hernia in our Experts On DR course here! 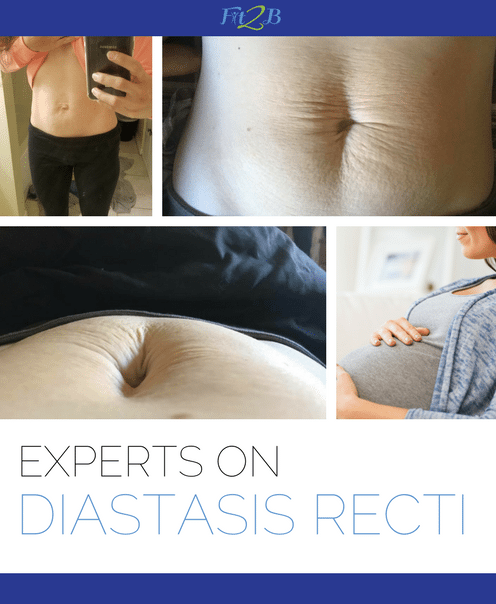 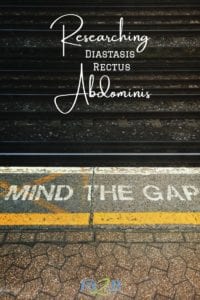